Welcome to Casa Di Mezzo, a lovely one-bedroom apartment located in the village of Varenna, on the eastern shore of Italy’s Lake Como. 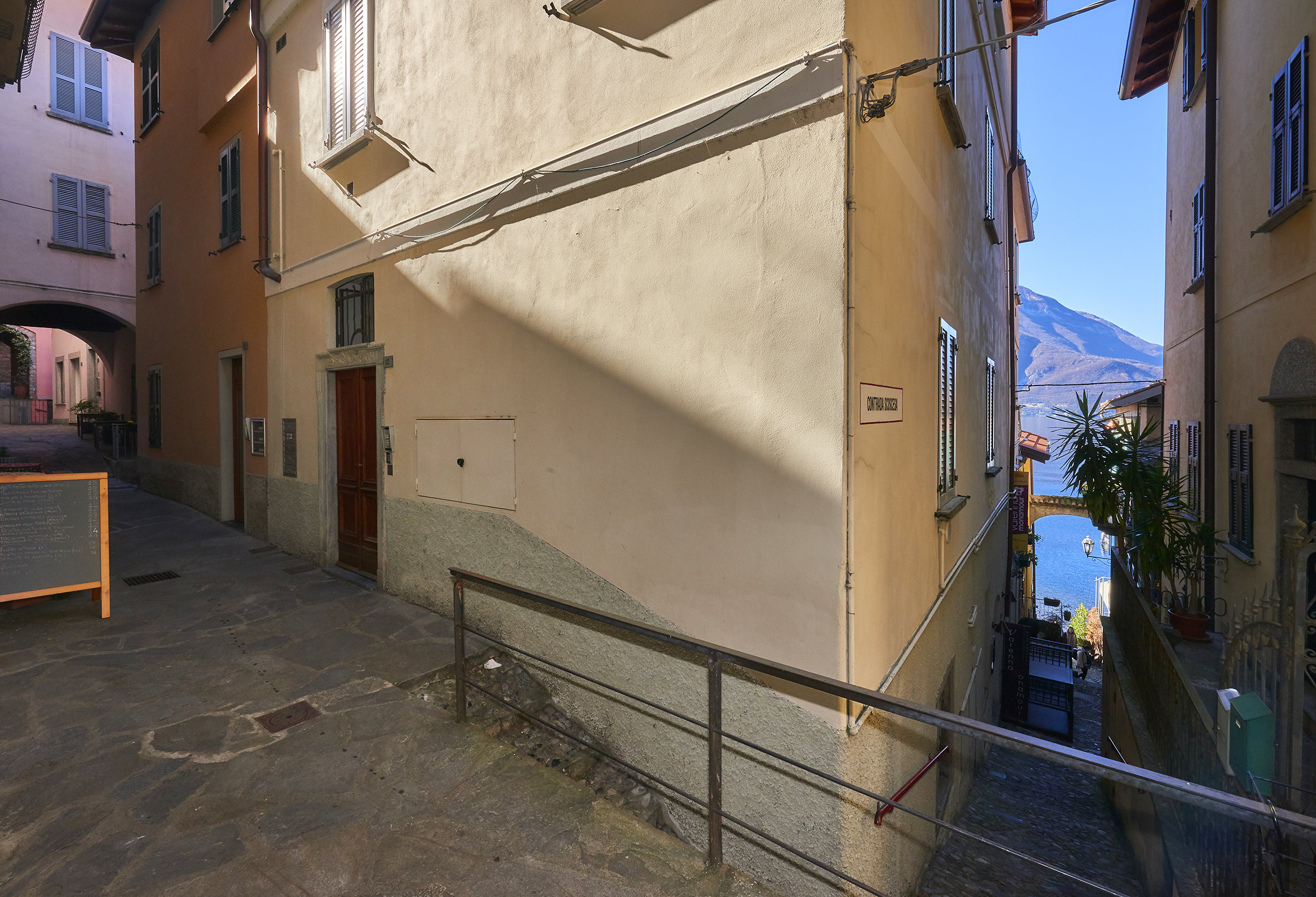 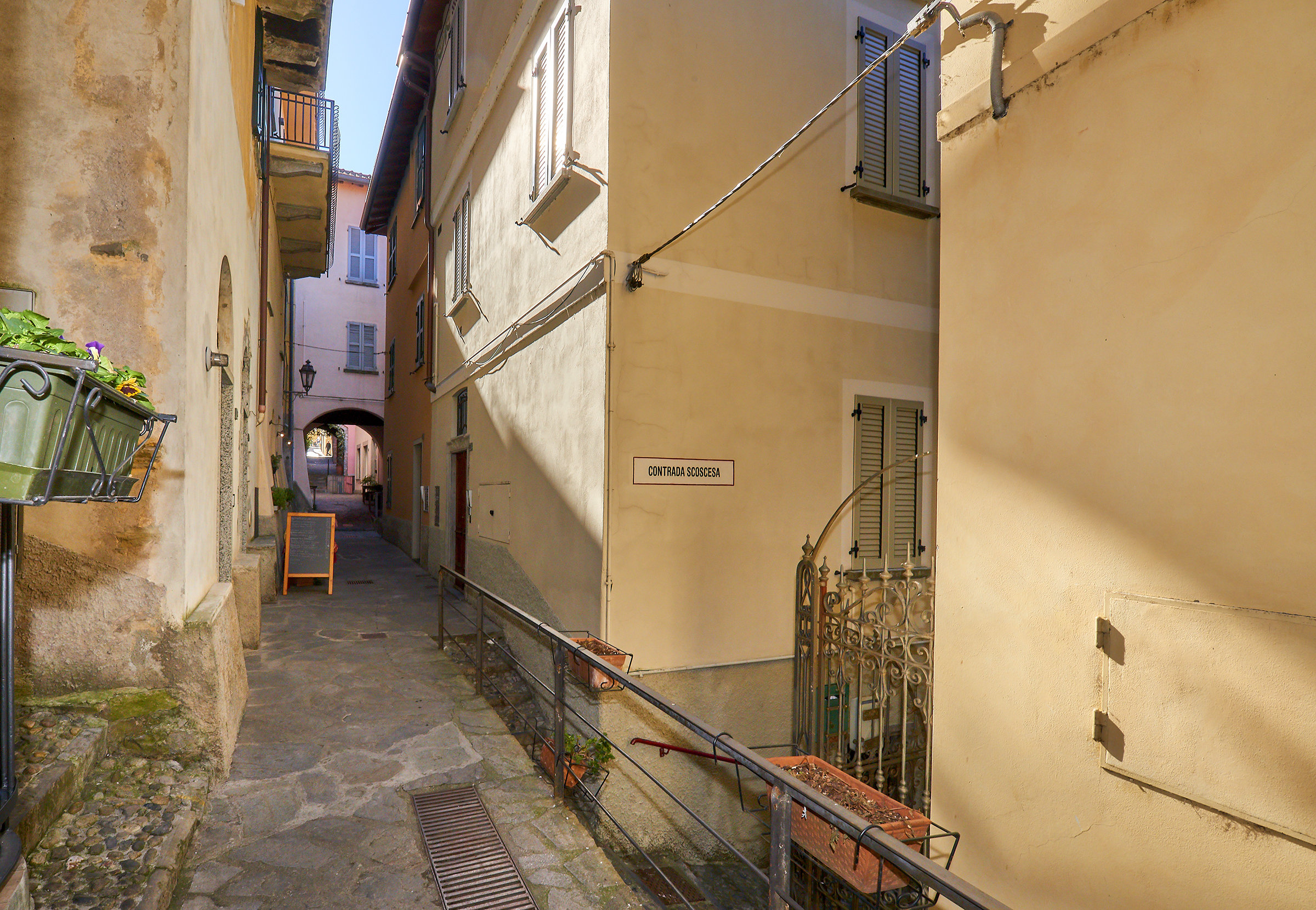 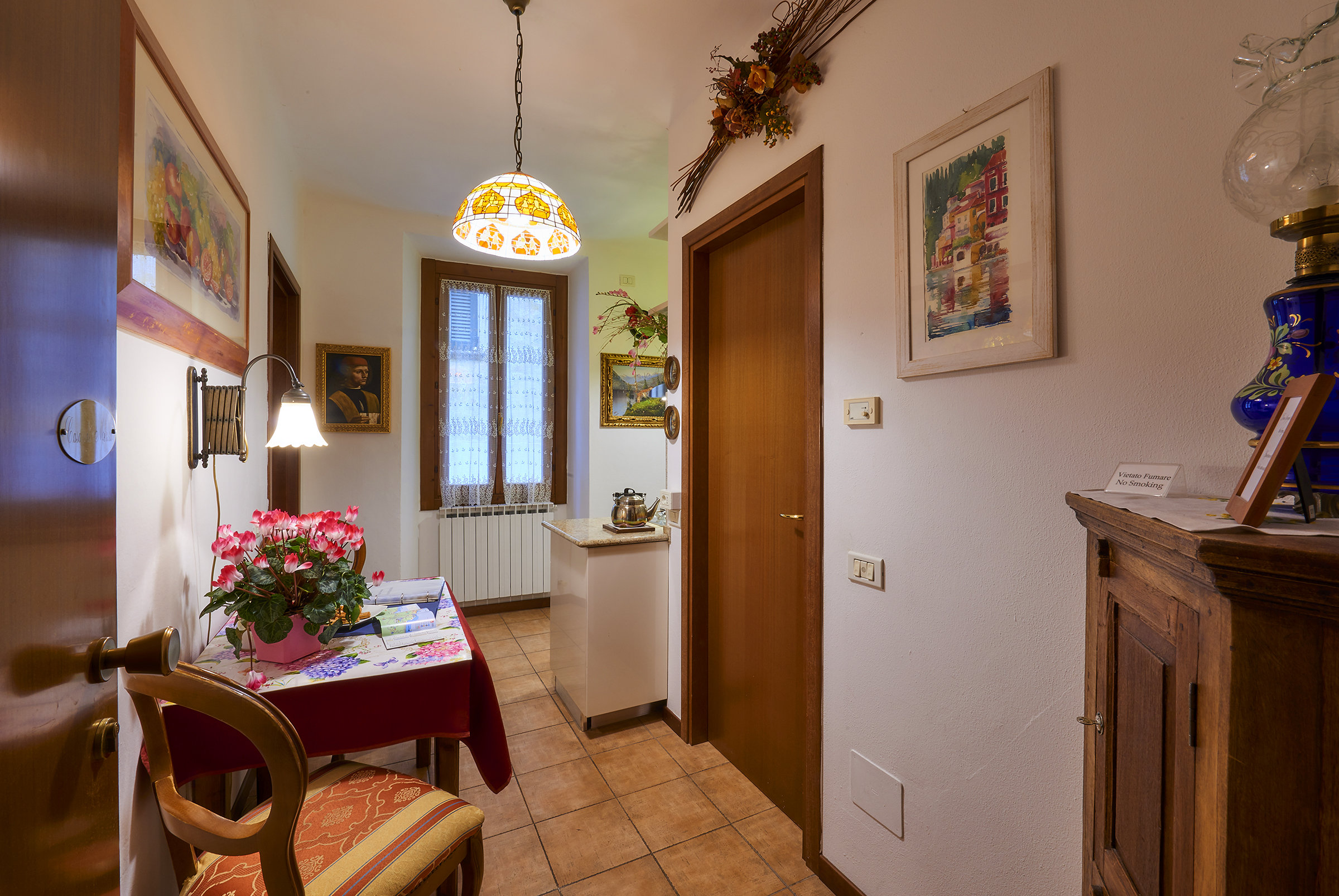 Just 60 steps from the water, so close one can hear the lapping of the lake, the apartment’s rooms look onto two picturesque cobblestone pedestrian-only streets in the heart of Varenna’s old quarter. 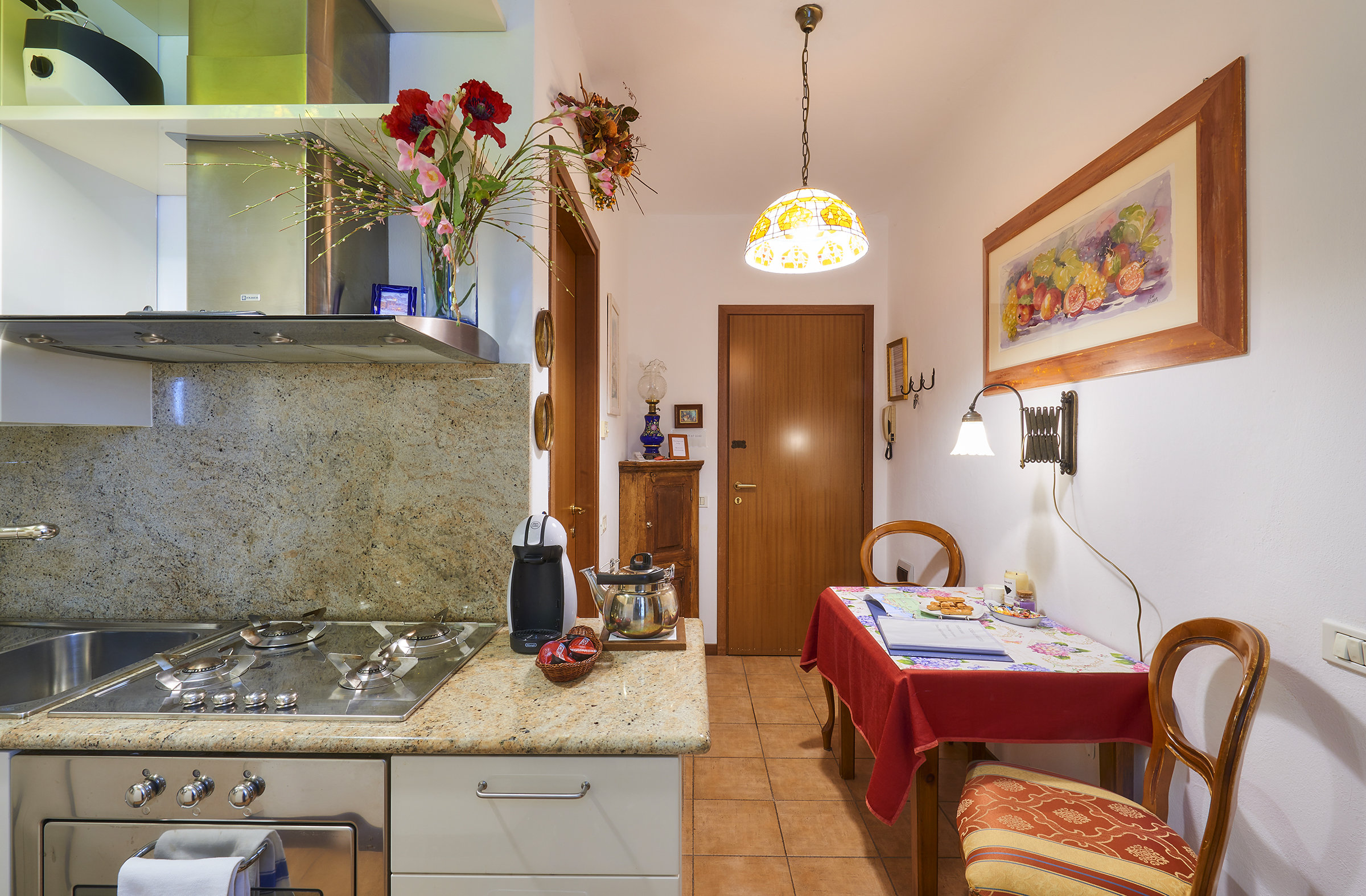 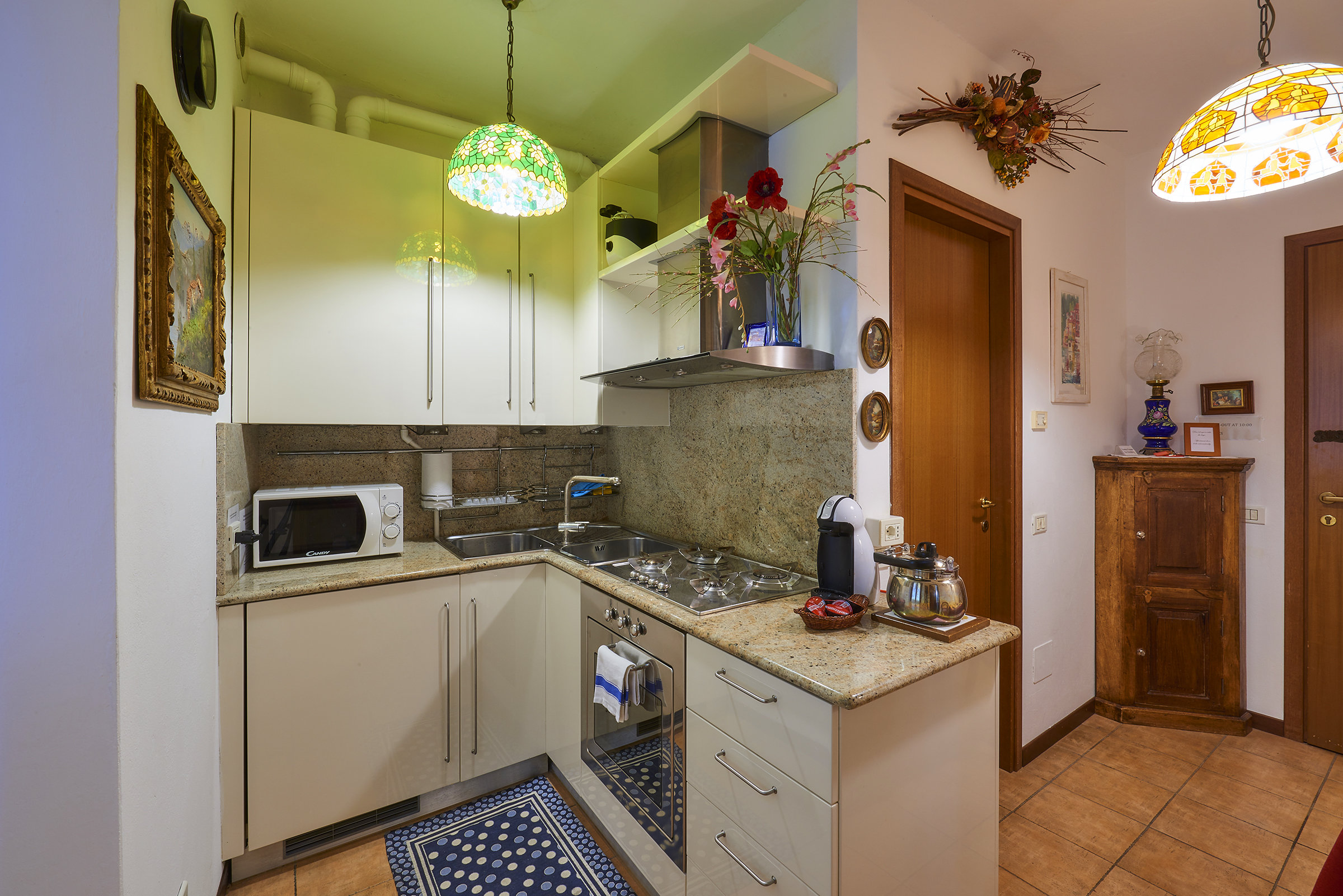 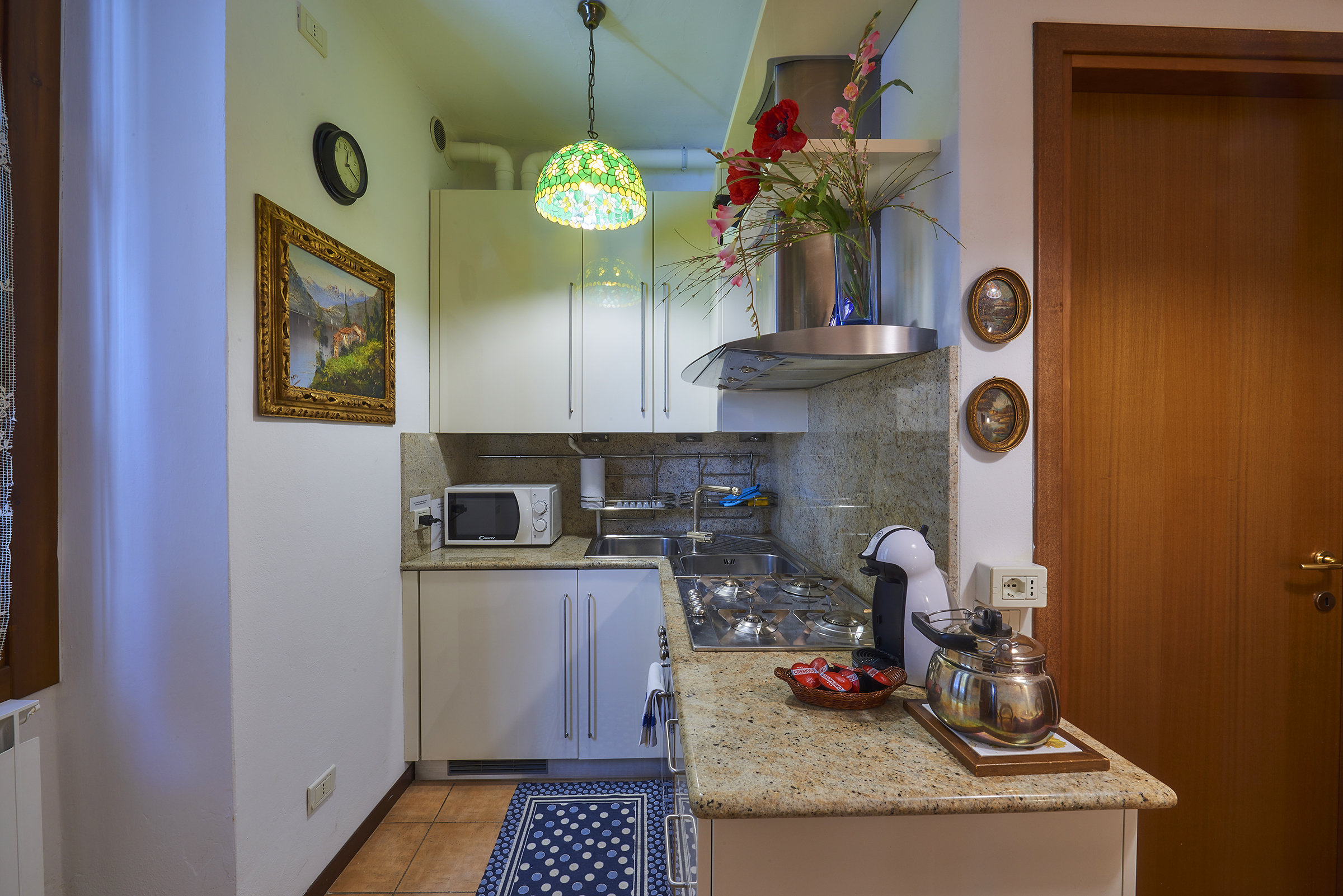 There is a nice side view of the lake from this recently restored upstairs apartment, situated in a fifteenth century building. It is beautifully furnished with the work of local artisans and suitable to two/three people.
This cozy and romantic retreat has a separate bedroom with queen- size bed, sofa-bed and shuttered windows and high ceilings.
It features independent heating and a bath with shower.
There is a fully equipped, sleek new kitchen with granite countertops.
Free Wi-Fi connection.
Shops, restaurants, pubs with Internet Point, pizzerias, pharmacies, bank and much more just 30 mt far away from the apartment. 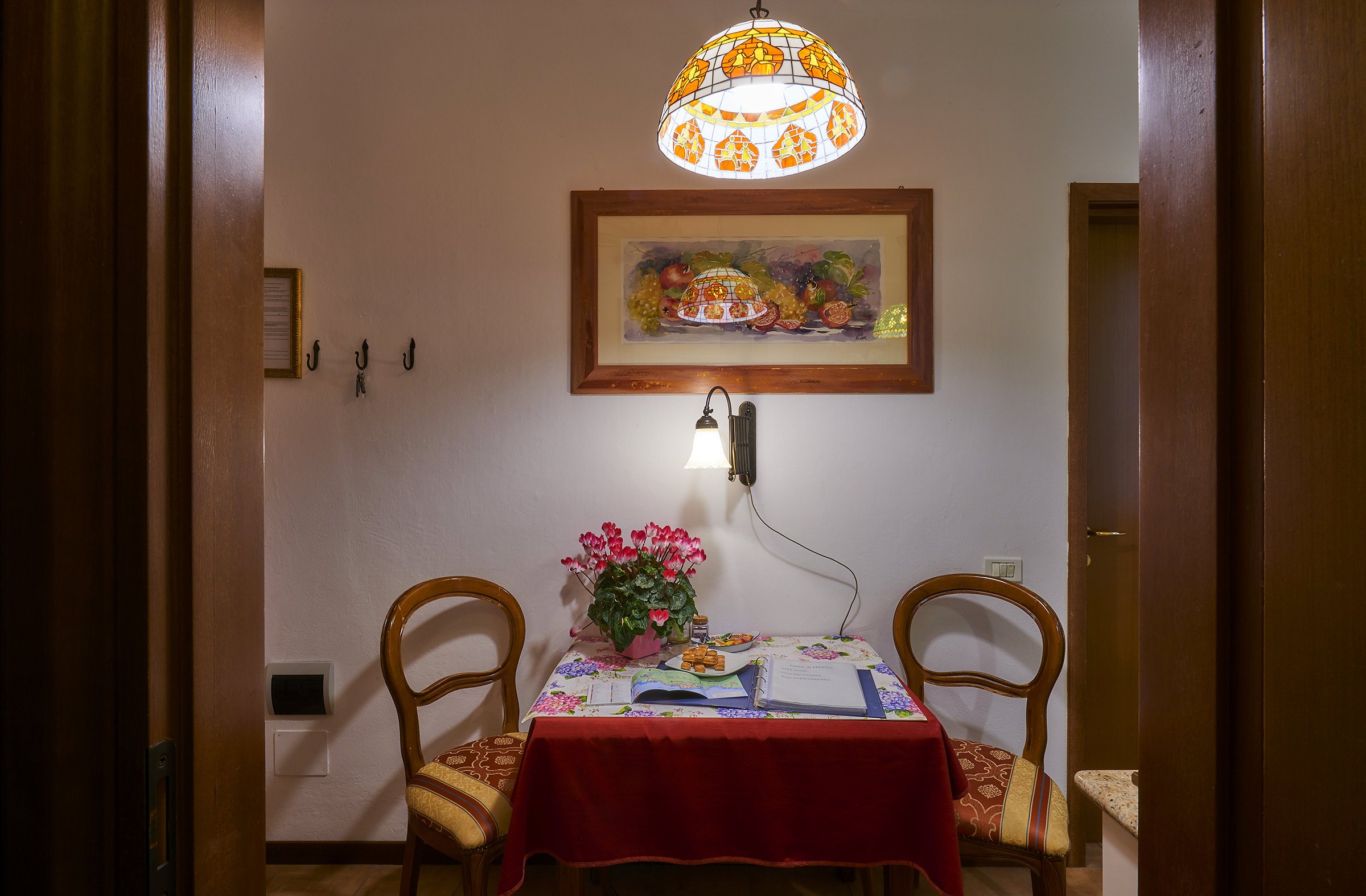 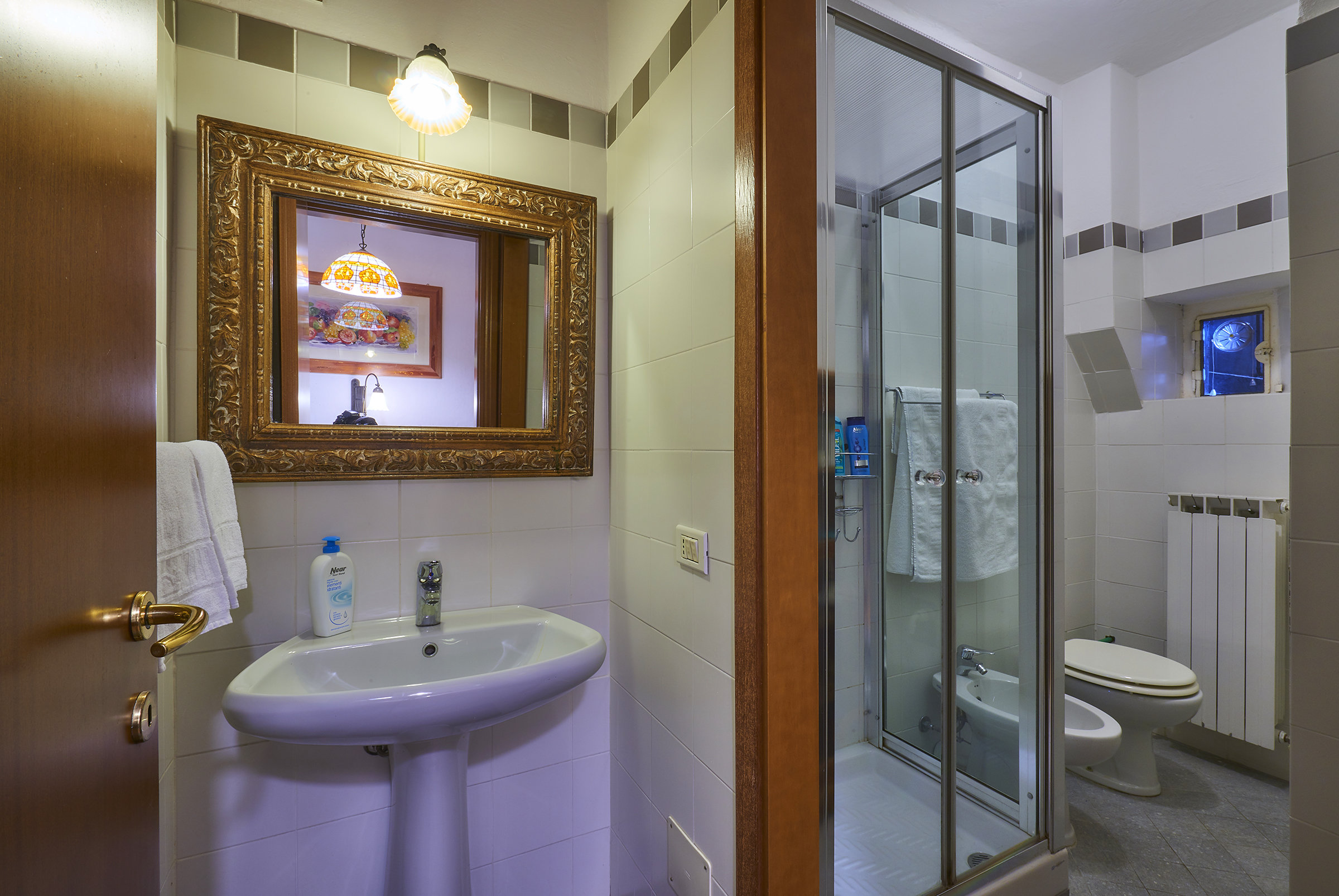 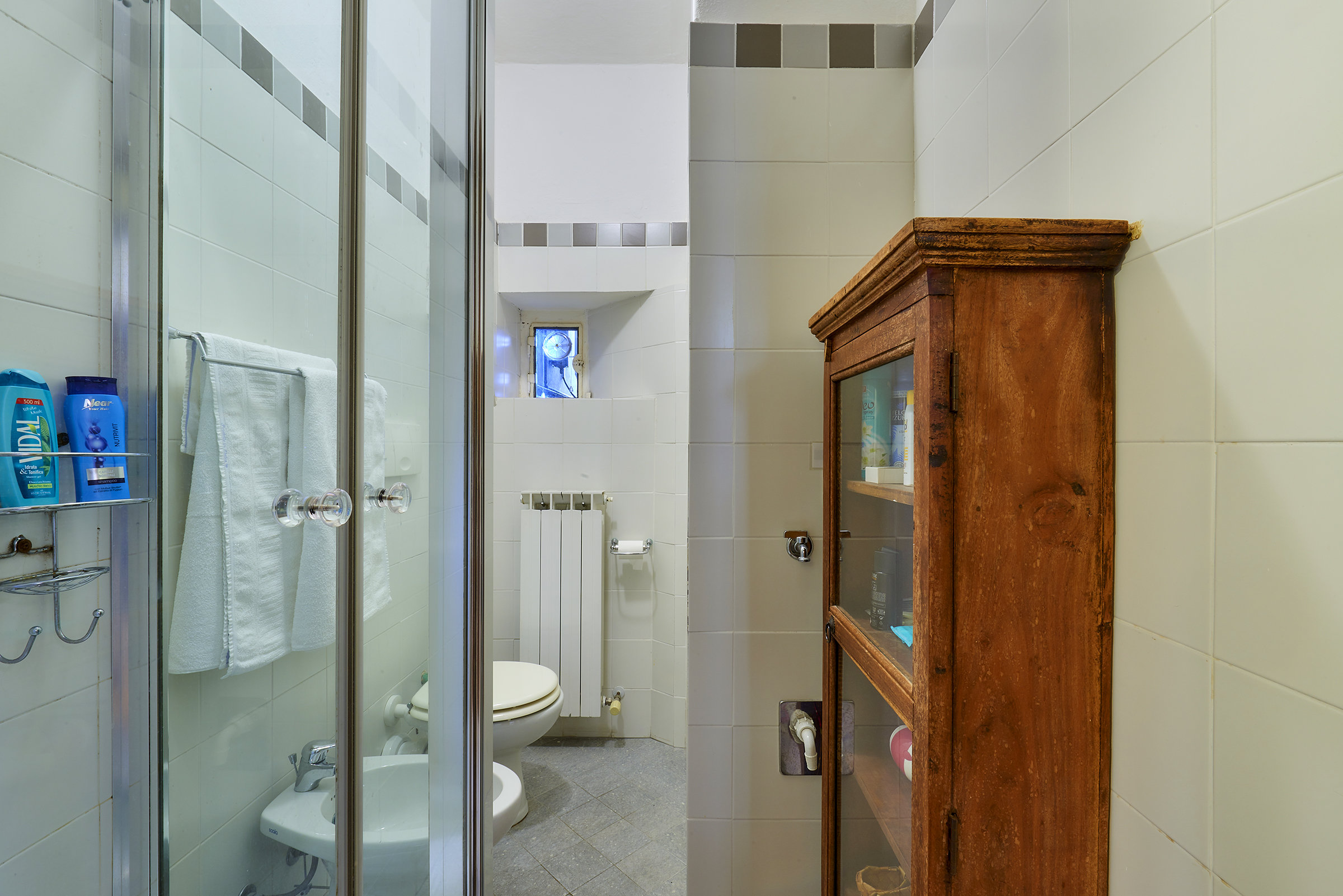 The apartment is located within walking distance of Varenna’s villa gardens, historic churches, and fine restaurants.
Villa Cipressi, built in the sixteenth century, has terraced gardens cascading to the lake’s edge.
Its cypress trees and wisteria provide a beautiful backdrop for a garden walk.

Nearby, Villa Monastero has been called the highlight of Lake Como’s eastern shore.
It was a sixteenth century Cistercian abbey whose original nuns were ousted for their overly enthusiastic enjoyment of the lake’s charms.
The Villa’s garden, laced with stunning architectural elements and sculptures is listed as one of Italy’s best.
The Passerella, or lakeside promenade, affords wonderful views of the old fishing village and views of the opposite shore.
A walk along the Passerella at sunset can be unforgettable.
The place features the fourteenth century Church of San Giorgio, built over an ancient temple.
This parish church features a distinctive round red brick steeple whose bells can be heard throughout the village.
Also located in the place, the medieval church of San Giovanni Battista (built in 1208) is one of the oldest on the lake. 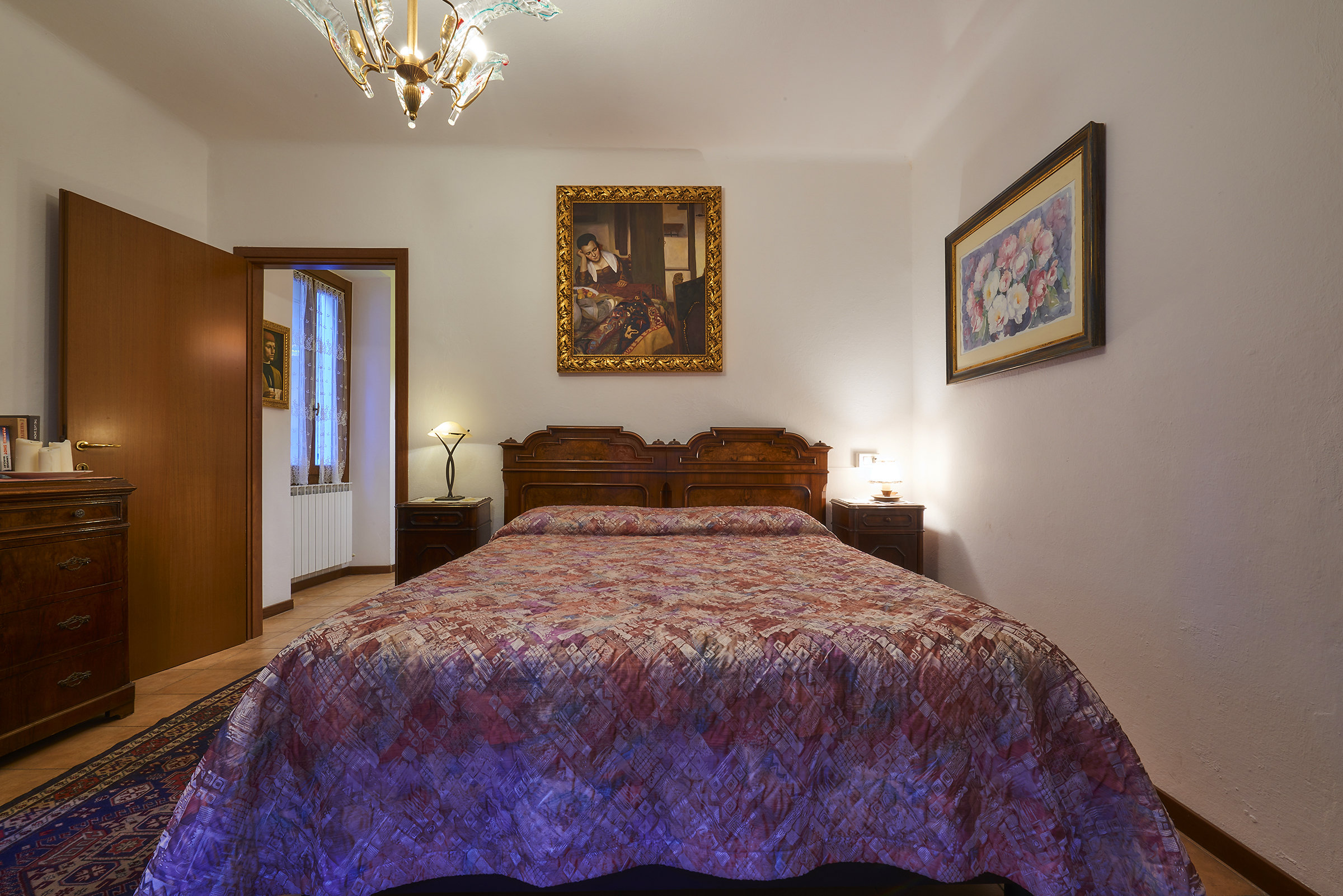 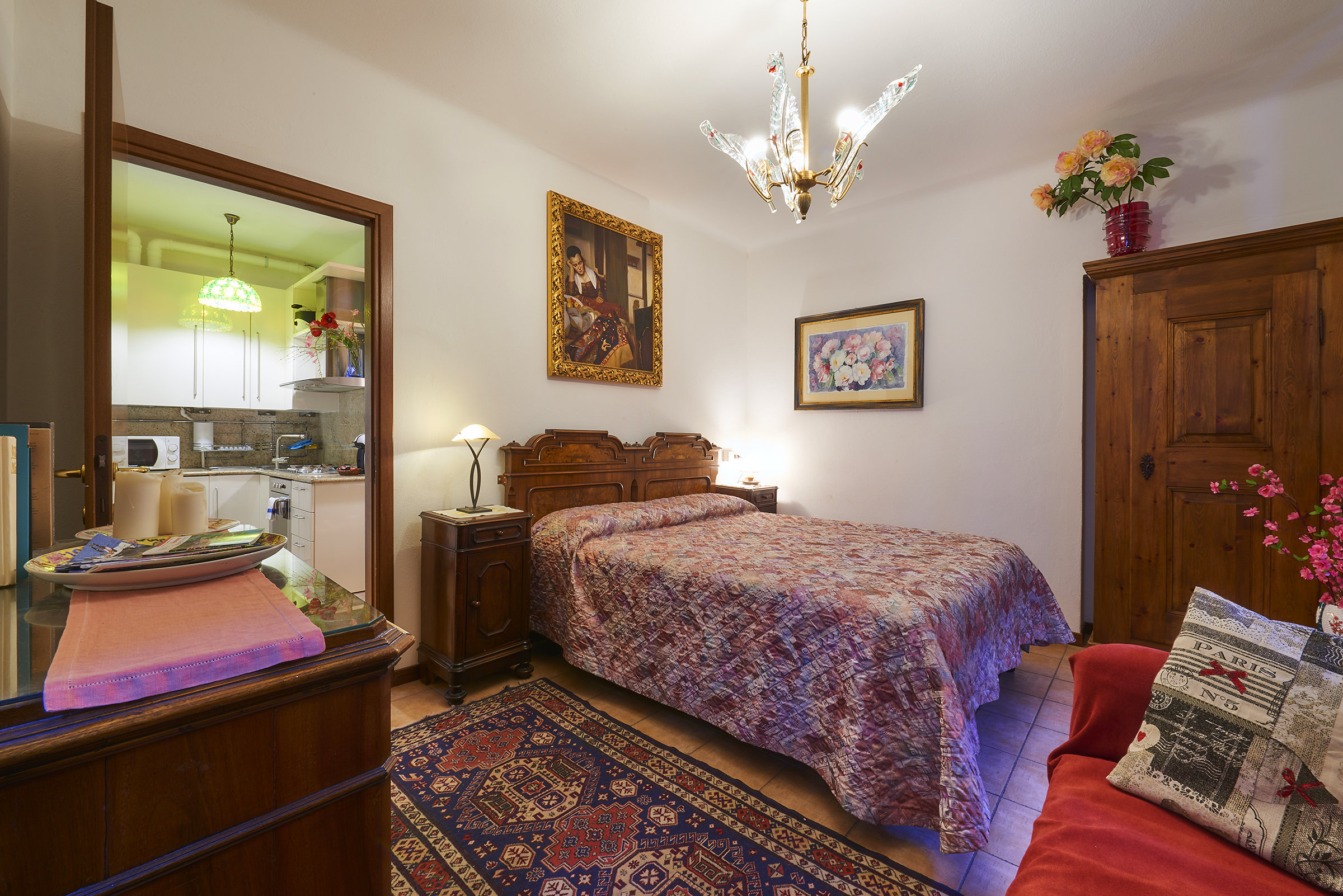 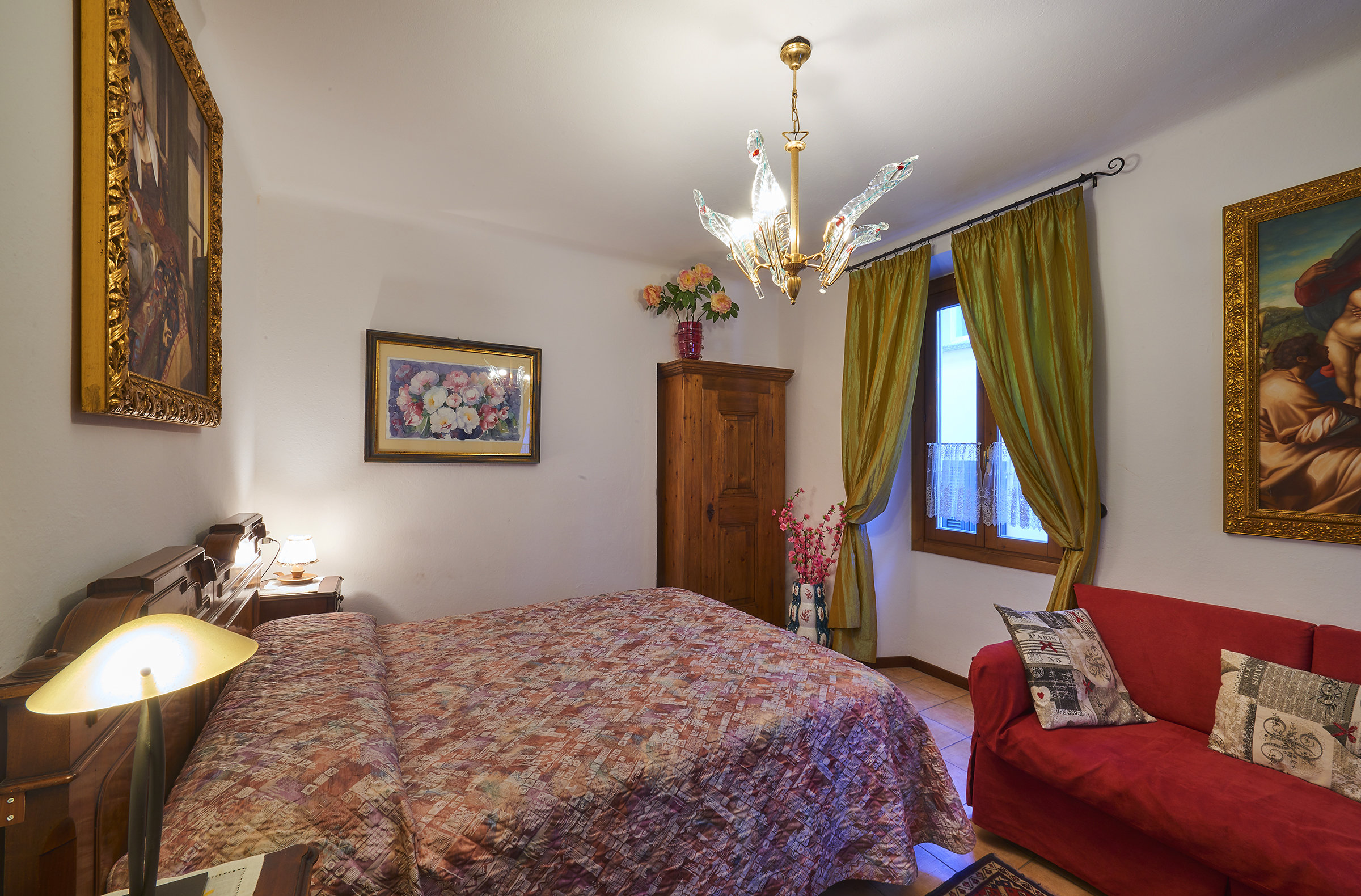 Varenna clings to the foot of Vezio Hill and records date it to 769 BC.
Its name goes back to the fifth century AD.
A former fishing village, it is built on its original Roman layout and was fortified in the middle ages.
The apartment’s street still retains typical features from the middle ages.
The ancient Castello di Vezio, said to have been the last home of Theodolinda, Queen of the Lombards, can be reached by a 20-minute climb up a steep footpath and affords spectacular views.
No car is needed as you explore the ancient town of Varenna.
Archways and steep, narrow lanes (which eventually end at the lake) grace this lovely town.
Varenna has been called one of the best-preserved locations on Lake Como. 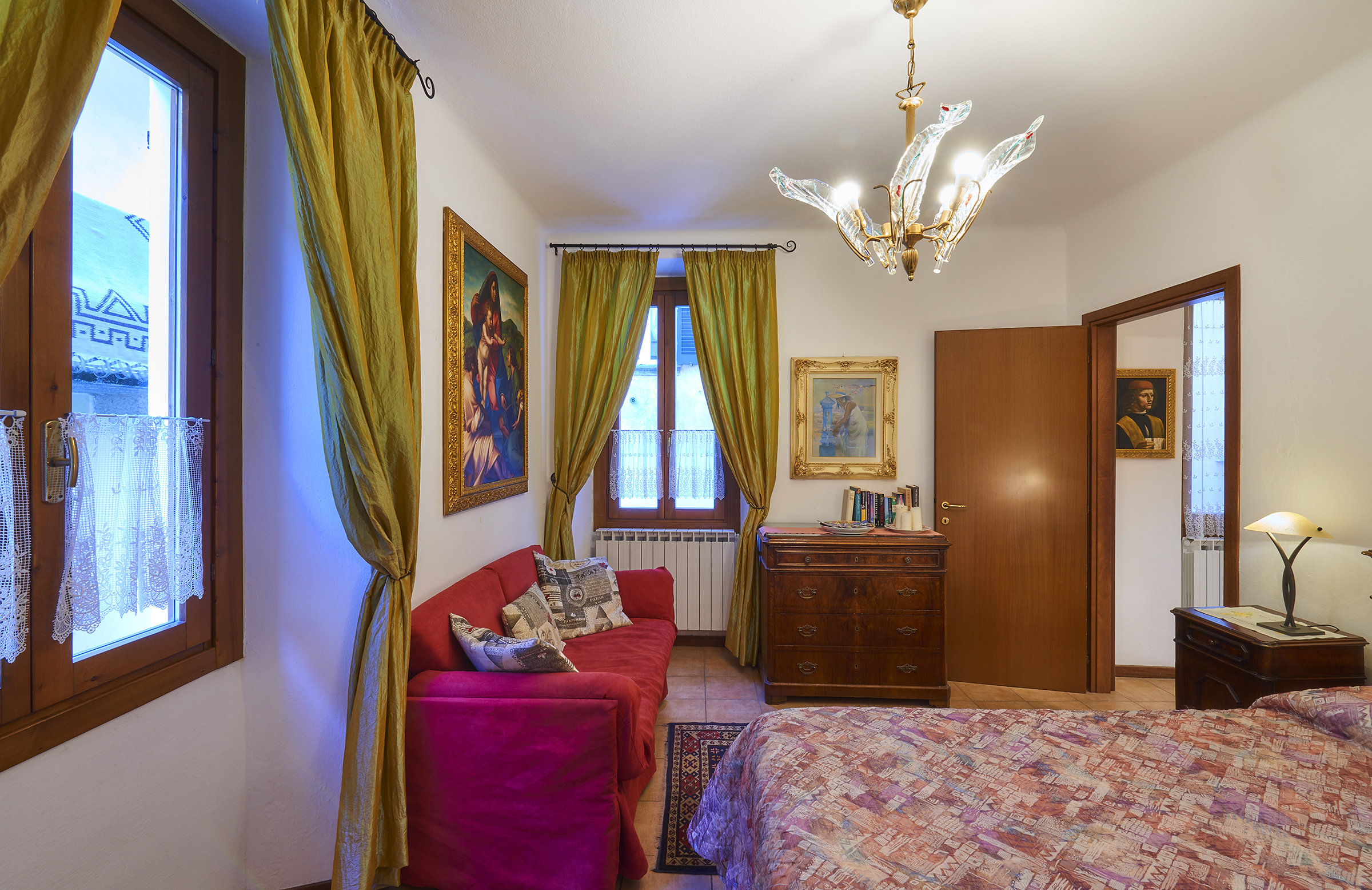 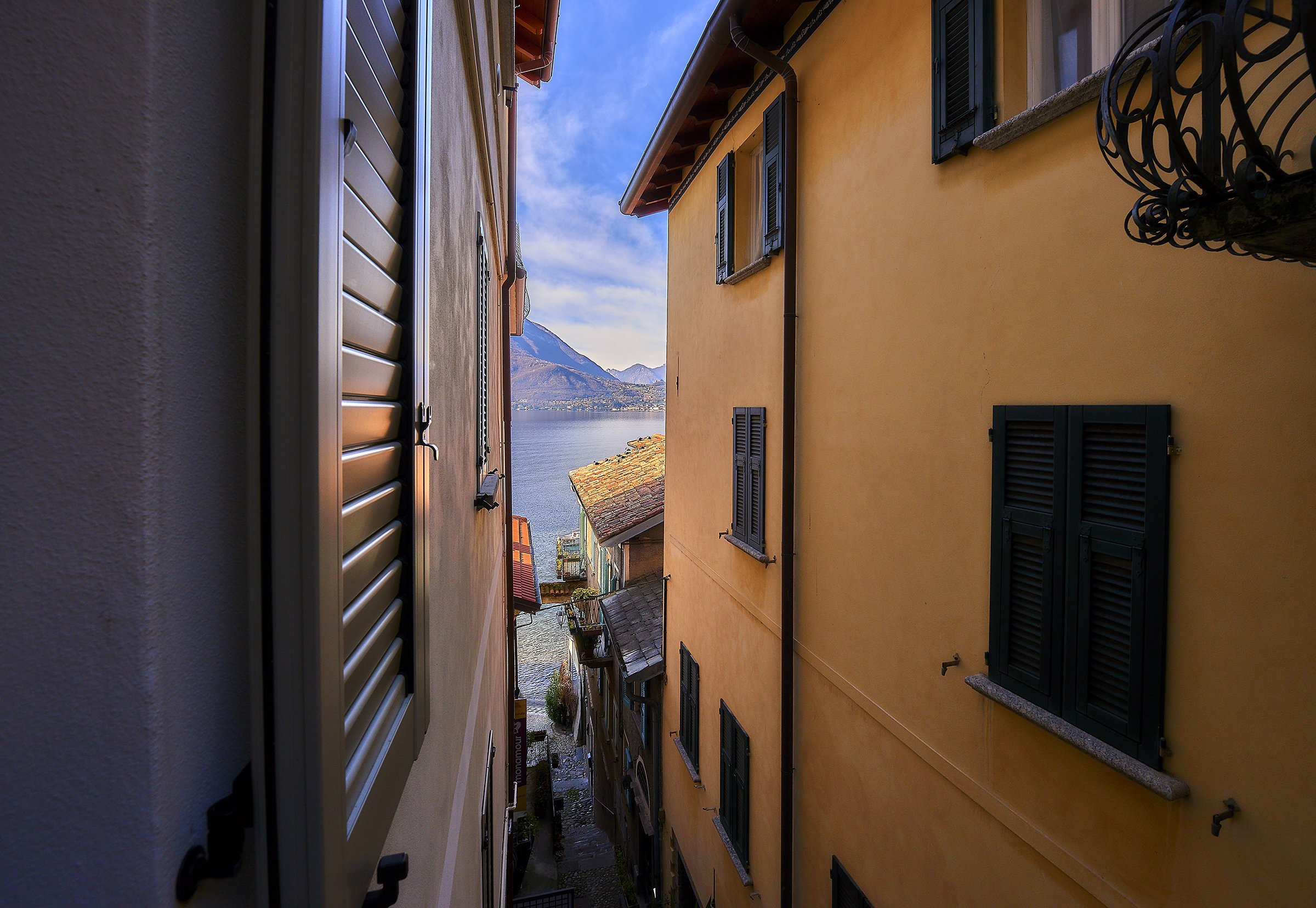 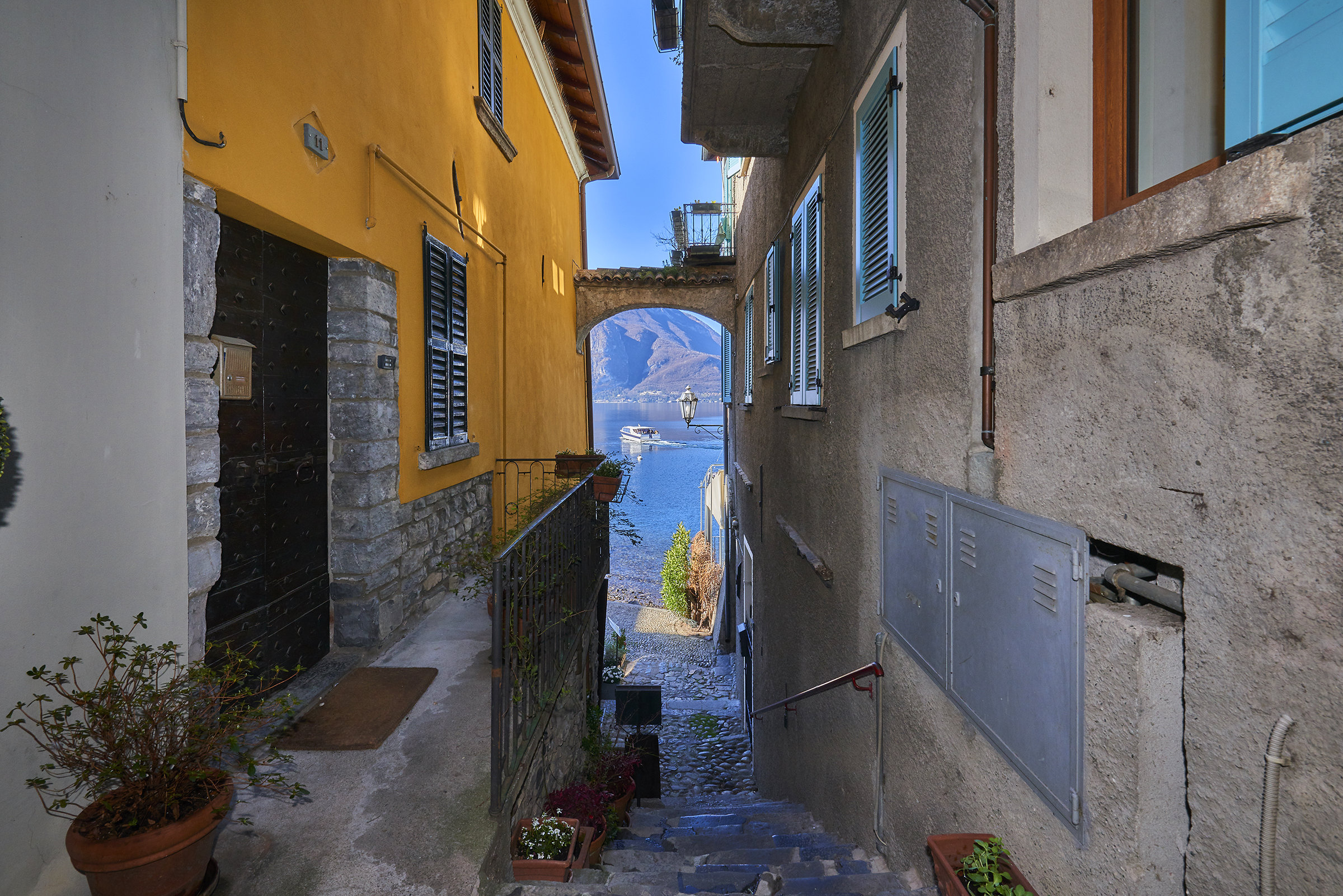 The train station is a 7- minute walk.
The passenger and car ferries are also minutes away, reaching the exquisite villages, gardens and villas that dot the lakeshore.
From Varenna’s central position, one can easily get to all other locations on the lake, such as Bellagio and Menaggio.
Lake Como itself offers the best in skiing, windsurfing, golf, kayaking, hiking, climbing and bicycling.
Lake Como is located in northern Italy, where Italy meets the Alps and northern Europe.
It borders Switzerland and Austria, and is the third largest of Italy’s northern lakes.
Varenna lies in the mid-section of the lake, one hour by car, train or bus from Milan. It is four hours from Venice or Florence.
The lake is surrounded by the rugged heights of the Alpi Orobie, the foothills of the Alps.
Protected by the mountains, the location has a mild microclimate, with palm trees and lush tropical flowers that grace the shoreline.
Winters are slightly warmer, and summers cooler than the rest of Italy.
Casa di Mezzo is available all year round.
Please see the page "Rates" for more information.

Upon your arrival you will find a selection of Restaurants that offer special discounts to our guests.
By us not only nature, relaxation, great views and courtesy, also TASTE "wants to play its part"!